The writer made me angry about the bad guys while I was reading. Personally I’ve been following stories, facts that related to MK-ULTRA over decades as part of my quest for truth.

Any thing about MK-ULTRA mostly put one to the edge. This stuff is so dark, disgusting, and even trigger or haunt the mind for a while. MK-ULTRA is sibling programs under the mind control plan which allegedly has carried on world wide since early 20th century.

A MK-ULTRA survivor introduced it to me suggesting “Do you want to go down the rabbit hole?” I never forget the mixed feeling when I read Unshackled by Kathleen Sullivan. I swore so many times and hated the fuckers on the book. I wished I would haven’t touch it but too late.

MK-ULTRA victims’ life set up right after they got born or early ages. They profile, and select potential candidates through their vast network of corporations, organizations that support their plans. Most of cases the victim’s entire families set up back to early 19th century, when they seriously began to manipulate, experiment, control human beings.

The main character, Charley is a fine example. Her father had been involved in mind control business since World War I. The father of children who turned into a organic machine by voluntary or involuntary involvement of the insidious plan offered her innocent girl, Charley to TPTB. The story did not tell it clearly but I learned that the writer’s real family life was extraordinary. How? Because I became a good friend of the writer.

They cleverly set up an invisible matrix around MK-ULTRA subjects especially children who show great potential as expandable asset for them. The survivors discover their true identity mostly by an accident, and then they go through deprogramming period between life and death for many years.

I personally think their fights at personal and collective level would have continued till present death worship civilization is destroyed.

I sensed that the writer portraits Charley as a helpless, vulnerable lab animal. I mean it. Charley barely shows any sign of free will as an individual. She remains at surreal, out of control state to the end. The story is the part one. The bad boys reveal the shapes, motives why they do such monstrous deeds to humans.

What makes reality bizarre than a Sci-Fi novel like this is Eugenics plans have been implemented slowly, steadily over decades. Global warming had been big issues till it’s manufactured lies exposed last year. But, most population in the world is completely under delusional state.

How do you think? Is it just ad or they are actually going to blow up children and citizens who are against their stupid plans? The answer is plain in sight. You gotta find it yourself.

It was interesting for me to find special treatment of Saturn few times in the book. How much does the writer know about Saturn’s relationship to history of humanity on Earth? I wonder. It will be a scientific fact that the rings of Saturn have been artificially created by advanced beings sooner or later. If you are interest about it, read Ringmakers of Saturn by Norman R. Bergrun. You can buy it here. Or you will find pdf version of the book on the net. Dr. Norman Bergrun had interview with Kerry Cassidy.

I’ve seen many Charleys in real life. Charley is everywhere. I’m damn sure I was one of billions of slaves. How will Charley fight for her life in part two? I do not know. It’s irrelevant to me. I’ll check it out when the sequel comes out. 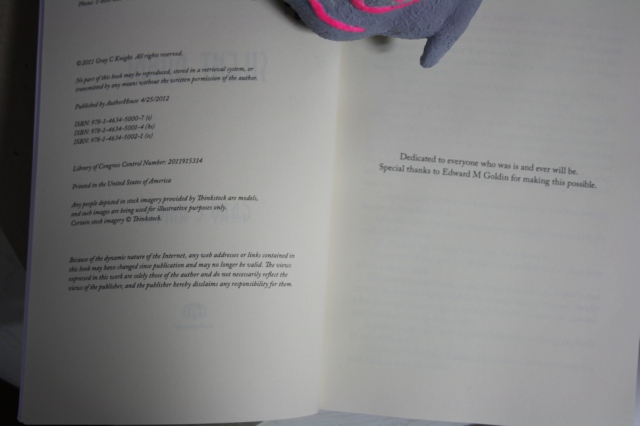 Email: k2.mountain [at] gmail [dot] com Every content on the blog is made by Free and Open Source Software in GNU/Linux.
View all posts by janpenguin →
This entry was posted in Uncategorized and tagged book, review, Silent Bonds. Bookmark the permalink.